Ansett and now Virgin why?

For the second time in two decades, Australia is facing the collapse of a domestic carrier.  First Ansett Australia in 2001 and now Virgin Australia in 2020, both appear to be victims of black swan events 9/11 and now COVID-19.

However, is this just fate or poor management?  Is Qantas a better run airline or is there an underlining issue that we are ignoring here?  To find the answer, we have to go back to September 14th, 1992.  Before this date, the two strong domestic airlines were the privately owned Ansett Australia and Australian Airlines (formerly TAA), which was owned by the Australian Government, established in 1946 after WW2.

This was known locally as “The Two Airlines Policy“, Both domestic Airlines used to battle over market share on a 50/50 basis, the monthly fight was more about who got 49% and who had 51% market share. During these years Qantas Airways was the International flag carrier also Government-owned flying at the time dumbbell routes and being fed by both the domestic carriers.

Although perhaps not widely recognized at the time the merger of Qantas and Australian Airlines was in fact a seismic shift in the Australian aviation playing field and one that would have far-reaching effects on the industry.

The Australian Government wanted to privatize Qantas via an IPO and it was evident at the time that a merged Domestic and International Airline would provide the Government with the best sales price.   The merger of Australian Airlines and Qantas was completed in 1992 prior to this the two airlines did not share resources and rarely had anything to do with each other outside of general passenger connections and ticketing.

Are we at all surprised that Ansett failed?  From the ashes of the Ansett collapse after 9/11 rose Virgin Australia (Blue) who had only commenced services in August 2000 with two leased 737’s.  Virgin, unfortunately, inherited the same tilted landscape that Ansett tried to operate in.   Did other issues exist with Ansett, yes it had a scrambled eggs fleet of aircraft types and was mainly an engineering run operation with dubious management all ill-equipped to handle the challenges.

Air New Zealand who owned Ansett before it was put into receivership was the airline’s best chance of expanding internationally and competing against Qantas.  Really what hope did Ansett and now Virgin Australia have and how much of this is because of structure and history?

Is the Australian Government genuinely blameless in this ongoing saga? 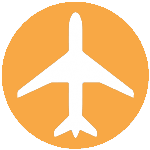 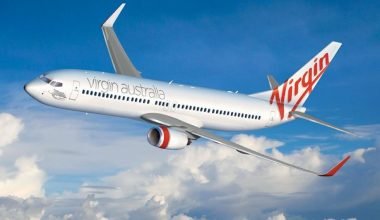