With the support of an Australian Government AU$165 million package Qantas Airways and Virgin Australia will operate a minimum domestic network servicing the most critical metropolitan and regional routes in Australia.

Underwriting the cost of operating a bare bones network, the lifeline will not save Virgin Australia which requires a major recapitalization. It’s clear the Australian Government has rejected any form of equity stake in Virgin Australia.

“We know that a strong domestic aviation network is critical to Australia’s success and today’s announcement demonstrates our commitment, yet again, to maintaining connectivity during this pandemic.

This announcement complements the actions the Federal Liberal and Nationals Government has already taken to underwrite international flights to help Australians get home, as well as flights to our regional and remote communities through the $198 million Regional Airlines Network Support program announced on 28 March and the $715 million package announced on 18 March.

These arrangements will last for an initial eight weeks with a review mechanism in place, where the Government will continue to monitor the market and determine if further action is required.

Ansett and now Virgin why? 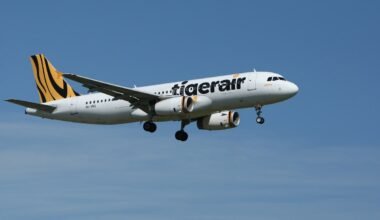 Read More
On August 5th, 2020 Bain Capital the new owner of Virgin Australia Group announced that due to the…
Read More